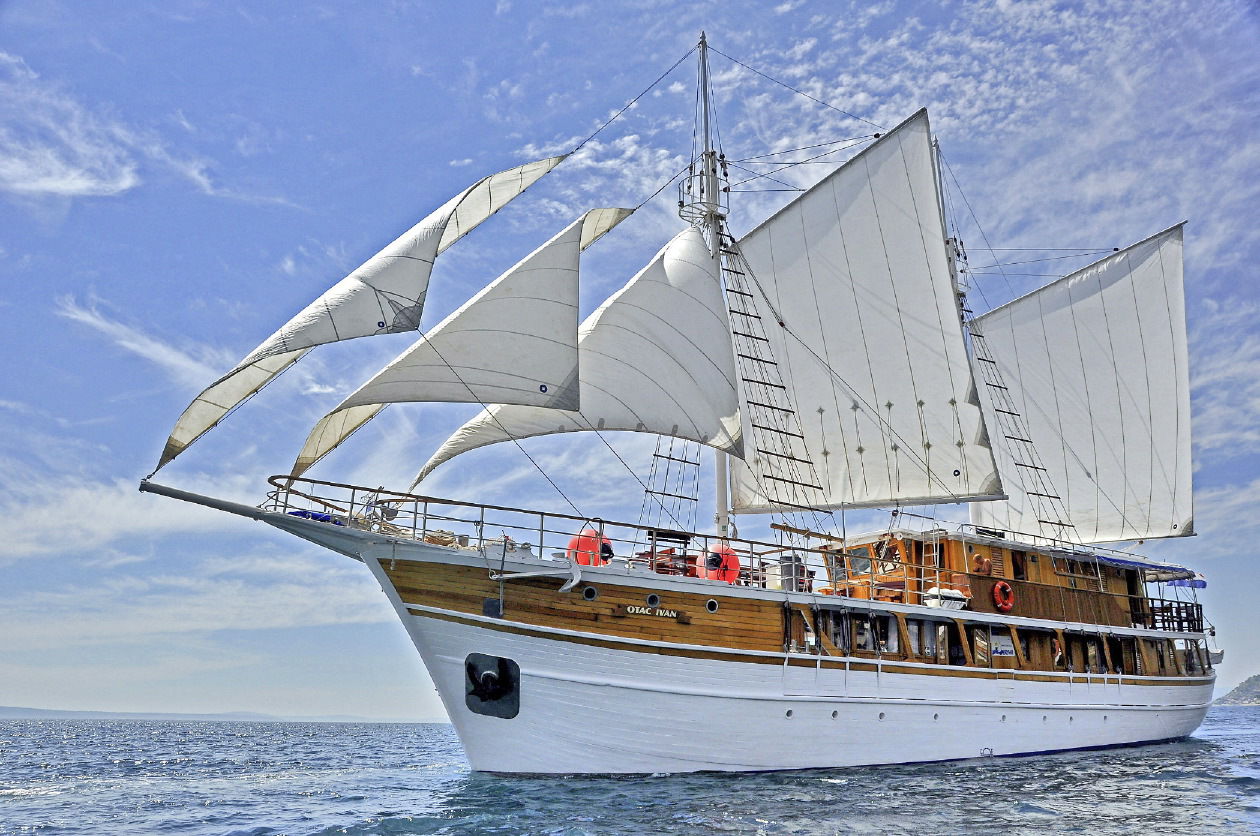 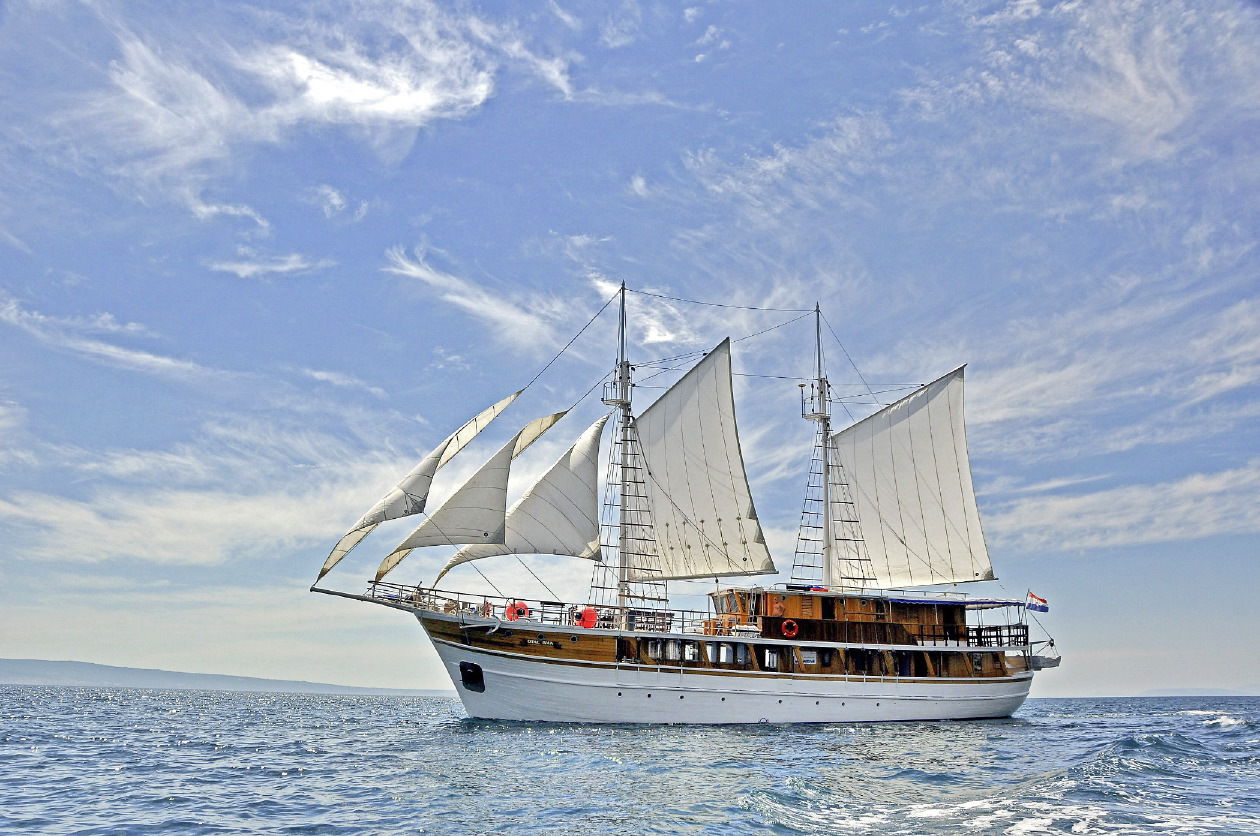 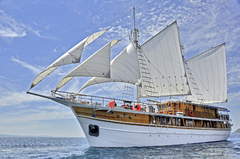 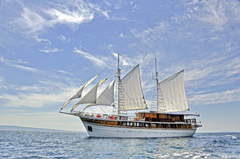 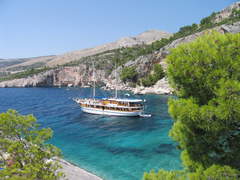 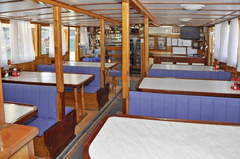 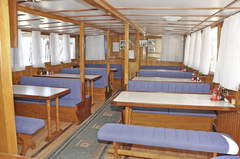 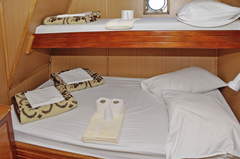 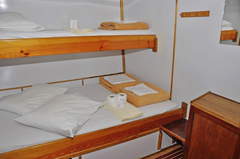 condividi
Inviare una richiesta
Descrizione +
Trogir – Makarska – Mljet – Dubrovnik – Sipan/Trstenik – Korčula – Hvar – Trogir
Cruising with vintage motor-sailing ships along the magnificent Dalmatian coastline & islands
For this trip all you will need is a few T-shirts and a swimming costume to spend seven unforgettable days sailing on the southern Adriatic Sea from one island to another. Relax and let the captain and his crew (especially the cook) take care of you. During the day you can swim, snorkel, sunbathe, and explore the underworld of the Adriatic Sea. The evenings you have free to find a good restaurant or discover old churches or other historical monuments…
SATURDAY SPLIT – MAKARSKA
Departure from Split harbour, Saturday at 13:00 h. After lunch sail along the Dalmatian coast down to Makarska Riviera. We spend the afternoon swimming at one of the beautiful beaches on the Riviera. From this beach those feeling adventurous can join our WHITE WATER rafting excursion on the Cetina river and meet up with the ship in Makarska in the evening. Overnight in the port of Makarska, one of the most attractive resorts on the Croatian coast. Strolling along the streets of Makarska, you will come across numerous churches and other architectural and cultural sights.
SUNDAY MAKARSKA – MLJET
Early morning departure towards Mljet with the first stop on the Peljesac peninsula for a refreshing swim. The whole afternoon is free to look at the salt lakes in Mljet National Park and enjoy the sun and sea on this peaceful island. In the middle of the large lake, inside the National park, we can visit an old abbey and church, or just use a small boat to roam around the National park. Overnight in port Polaca/Pomena
MONDAY MLJET – DUBROVNIK
After breakfast we depart for Dubrovnik, which is the highlight of this cruise. On route will be time just for a short swim. Enjoy the beautiful sights of nature along the way towards “the heaven on earth” –according to the famous writer George Bernard Shaw. Arrive to Dubrovnik in the afternoon when you can explore on your own or first join our guided tour of Dubrovnik with an English speaking guide. Take a walk through STRADUN – both a street and a square, a promenade inside the city walls. For those of you with more enthusiasm we recommend a walk on top of the 1,940 m long city walls! Overnight in the port of this magical town.
TUESDAY DUBROVNIK – SIPAN/TRSTENIK
Morning is free to explore Dubrovnik. Discover the beauty of history through numerous monuments, little streets, churches… Around noontime we leave this magnificent town and continue our cruise towards the isle Sipan or a little town of Trstenik on the Peljesac penninsula, where we will swim in the afternoon and spend the night.
WEDNESDAY SIPAN/TRSTENIK – KORCULA
After breakfast depart for Korcula, the birthplace of MARCO POLO. Lunch on the board in front of Lumbarda (part of Korcula). Arrive to Korčula late afternoon where we overnight in port. On this island you can find more legends, tales and monuments than anywhere else. Listen to the story of the stone walls, which were being built over two centuries ago.
THURSDAY KORCULA – HVAR
Early in the morning departure for the Pakleni Islands for lunch and swimming. Departure for Hvar after lunch. Hvar is the longest island in the Adriatic. Here we can find the Renaissance cathedral with its original tower; also the oldest community theatre in Europe was founded here in 1612. City of Hvar offers abundanct entertainment full of restaurants, bars and cafes that are open long into the night.
FRIDAY HVAR (Bol) - SPLIT
Our next stop will be the island of Brac. Swimming is planned at one of the most famous beaches in Dalmatia – Zlatni Rat near Bol (the Golden cape - its gravel promontory shifts from side to side as the wind and waves constantly change in shape). Bol is a typical fisherman’s town turned into a popular tourist destination. After lunch we will start our journey back to Split where the last overnight is planned. On our way to Split there will be another swim-break in one of the many bays on island of Brac. Arrival to Split in the late afternoon. Enjoy the view of Split Riviera arriving in Split. Possibility to join our guided tour of Split with an English speaking guide. Split is a monumental city under UNESCO protection that belongs not only to Croatians, but also to you, as it is a part of the world heritage. Here we find an abundance of Roman architecture – of special interest is the Diocletian palace.
SATURDAY SPLIT
Early breakfast after which it is time to say goodbye to the crew and all your new friends!... testo completo » meno testo
chiudere la selezione
Dati della barca + 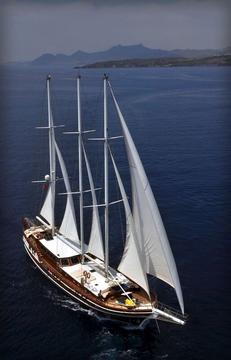 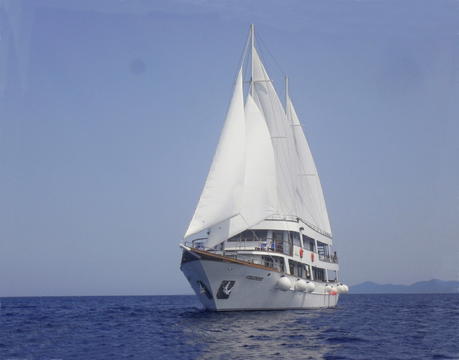 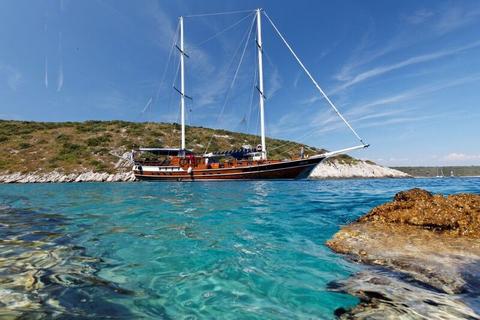