Save
Choose the unit: 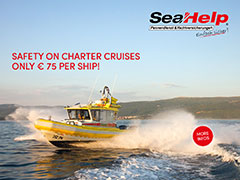 What do you do if you get sick shortly before your charter holiday? Or if you as skipper have grounding? Have you considered a charter insurance?

2766
Please tell the boat owner you found this offer on Happycharter. The Alalunga 85 Sport is an open yacht with an agreeable and innovative design and offers wide and protected lateral walkways.
Sunseeker Predator 81 XDM Sunseeker Predator 82 is based in Marina Baie des Anges, near Nice and is in the ideal location to explore the chic and vibrant Cote d'Azur.
Sunseeker 82 Which version do you wish to see?